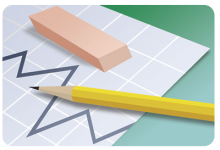 Own a business in Canada? Small or large, chances are you have spent time completing a StatCan business survey. From one-person operations to huge corporations with world-wide networks, each business makes a difference to Canada's Gross Domestic Product as well as jobs, trade, tax distribution, and research and development.

Because business activity is so central to Canada's economic well-being, these Statistics Canada surveys are mandatory. Aggregate numbers tell an important story about both individual industries and the health of the economy. And that information becomes power in the ever-evolving world of business.

Five years ago, Statistics Canada took a major step to improve efficiency and to lighten the paperwork for Canadian businesses by introducing the Integrated Business Statistics Program (IBSP). As the name implies, IBSP was developed to provide a standardized framework for most business surveys. Questionnaires are based on harmonized concepts and content, and surveys share common methodologies for sampling, collection and processing.

“We will produce very good business data,” says Marie Brodeur, Director General of the Industry Statistics Branch. “We have a very solid infrastructure. And, because all the surveys are on the same platform, we can check more easily for coherence among the different industries.”

Last November, a small business survey on aquaculture was released as the IBSP's first dataset. A much larger survey — Capital Repairs and Expenditures Program (CAPEX) — that measures business spending intentions will be released in May. As part of the IBSP integration, CAPEX has undergone a complete redesign to bring it in line with the new framework. The release of manufacturing, wholesale, retail and services sector survey data will follow later in 2015.

By 2019, a total of 150 surveys, or 80% of StatCan business surveys, will be produced using the integrated process. To date, the $10-million project has led to an estimated $2.5 million in efficiencies, partly because less time is involved in data processing, and fewer system resources are needed across the agency.

The program also lightens the load on businesses. Given that data for small businesses are replaced by tax data, business owners do not have to supply duplicate information to government. For medium and large businesses, the process has been smoothed, and the reliance on tax data has increased as well. Under IBSP, tax data are now used to replace survey data for around 350 complex enterprises that were previously asked to complete surveys.

Part of the program's focus is its use of electronic questionnaires (EQ): it saves time and money when data is collected and processed online.

IBSP collection happens in two phases. During phase one, businesses provide general information. Then, targeted businesses are re-sampled to provide more detailed information. In both phases, the average response rate was 73%. In phase two, the EQ take-up rate was 85%.

Although Ms. Brodeur's group has taken the lead on the IBSP, many Statistics Canada divisions are involved. To manage such a large-scale project, it was essential to establish a strong governance structure. Eight interconnected committees govern the operational activities.

Business data has many users, the System of National Accounts being the most important internal one. Information from the IBSP is a key building block of the input–output tables which are used to allocate the harmonized sales tax among participating provinces. External to StatCan, Canadian Heritage, Finance Canada, Natural Resources Canada, Industry Canada and other federal departments also use annual business data in their programming.

Business operators can use the data to better understand the trends in their own industries as part of their planning. For example, a retailer can compare on an annual basis key performance indicators from their financial statements such as an operating profit margin or inventory turnover with others that operate similar stores.

The IBSP has received international attention for its potential to reduce costs and improve survey quality. “All the statistical offices are extremely interested in what we are doing and would like to replicate it,” Ms. Brodeur says. “It is very useful for analysts to see the pattern over time to see what is happening with the economy.”

Ms. Brodeur's hope is that the IBSP data will now attract even more users. “It is a treasure. Some of the data have never been used as widely as they might be by external users. I really hope that other departments, academics and private researchers will find more ways to use our business data. It is for users that we are doing it.”

What happens to businesses that fail to complete the mandatory survey?

Businesses and agricultural operations are required by law to respond. If Statistics Canada contacts a business for a mandatory survey, the business is obligated to participate pursuant to the Statistics Act. The Act includes legal measures that can be pursued if someone refuses to fill out a mandatory survey.

In practice, business owners sometimes contact Statistics Canada to ask questions about aspects of a survey. Once they find the answers that they need, they generally agree to participate and perceive up-to-date statistics as crucial for their industry.

As part of Statistics Canada's efforts to reduce respondent burden, an Ombudsman for businesses is available to help business survey participants.

Please consult the following links for more information on business surveys and on survey participants.