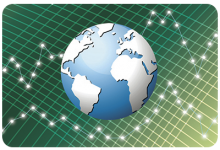 Time series are the gold standard of statistical analysis. By measuring the same things in the same way over time, we can develop unique insights into the nature and scope of change over time. Are we richer or poorer? Older or younger? Buying more or less?

We have had a shorter history in producing environmental statistics. Nevertheless, we have established a broad suite of products focused on the environment, including publications such as Human Activity and the Environment and EnviroStats. Recognizing that much remains to be covered however, we are about to expand on those efforts.

After extensive consultations, the agency has established a framework that will allow it to develop environmental statistics using much the same approach that has long been applied to economic and social statistics. The result? "Statistics Canada will go from a world where we were developing environmental statistics on a case-by-case basis to a world where we are developing statistics within an explicit framework, with agreement on the underlying principles, implementation priorities and methods," says Robert Smith, Director of Environment Accounts and Statistics Division.

Why is this important? Because solid, trustworthy data provide basic fuel for understanding the environment and developing policy to manage it effectively.

Underpinning the exercise is the concept of natural capital. In simple terms, natural capital views the environment as a collection of assets that provide environmental goods and services. Clean air and fresh water are good examples.

Capital is a concept that is already deeply embedded in the way we think about the world, says Mr. Smith. "It is helpful to be able to adapt that same concept for use in environmental statistics. It creates bridges between statistical domains when we use some of the same concepts, language and definitions. The framework does a good job allowing people with different perspectives to find common ground. An ecologist can find something of interest in the framework, just as much as an economist might be able to."

Existing economic measures, like GDP, don’t fully account for the fact that the exploitation of resources often comes with costs in terms of natural capital. For example, as we extract resources, the amount remaining for the future decreases. As we process them, there can be impacts on ecosystem quality with related consequences for human health.

The framework will allow us to measure the evolution of Canada’s natural assets both in physical terms and, where possible, in dollars. An important piece that Statistics Canada brings to the table is the ability to integrate environmental statistics into the overall statistical system. This is where the coherence of the framework with other statistical domains really stands out as valuable.

While Robert Smith and his team have had their share of philosophical discussions about the framework, not least about "monetizing" or "commoditizing" the environment, he says that the framework is widely accepted by stakeholders. It provides a robust, consistent set of concepts grounded by a large body of scientific literature – all qualities that a good statistical framework should offer.

Again, the big plus will be consistency in data collection. "We will now have the basis to create the consistent time series data that will be useful for telling a bigger and more coherent story. We will also have environmental data that are consistent with other data. To the extent that the environmental story is also an economic story and social story, we will be able to more meaningfully illuminate its cross-sectoral dimensions."

In many ways, Statistics Canada is continuing a well-established tradition by elaborating a framework for environmental statistics. The agency has long played a lead role internationally on both the conceptual and practical side of environmental statistics and this latest initiative builds on that. "Canada is one of the first countries to articulate an explicit framework, to actually write it down and present it to the world and say 'here is our framework'," Mr. Smith is pleased to say.

The framework as it stands today is really just the beginning though. It must be elaborated in the form of an operational manual for environmental statistics, a process that will take time. The concepts are the easy part – putting them to work on a practical basis will be the challenge.

Challenges notwithstanding, the plan is to begin filling the highest-priority data gaps as quickly as possible. To that end, a group of experts will be convened in May to advise the agency where it should start making investments.

As in all statistical programs, the new framework is not set in stone. It will evolve over time as our understanding of the environment and its relation to the economy and society evolves. In 20 years, Mr. Smith expects his successors will be using a more sophisticated version of the framework than the one he and his colleagues have built. And looking back, he hopes his successors will be able to clearly discern the moment when Statistics Canada started on the path toward more consistent and coherent environmental statistics.

Next month: Insights on Canadian Society