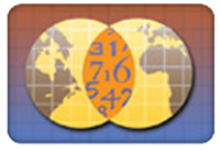 Back in the 1990s, Statistics Canada was named top statistical agency in the world by The Economist magazine. It was a pretty cool honour back then: today, StatCan’s expertise is increasingly being shared around the world—an indication the agency still has its groove.

“Canada is certainly seen as one of the top countries for statistics,” says Éric Rancourt, Director of the International Cooperation Division. “However, managing a statistical system requires constant adaptation to an increasingly complex and ever changing socioeconomic context, so it is not possible for a country to be number one in every aspect of official statistics. There are social statistics, economic statistics, environmental statistics and national accounts produced from census, survey and administrative data. And now, big data is also coming into the picture.”

StatCan has shared its expertise with other countries for decades—partly as a reflection of Canadian values, partly because of international commitments: “the recognized moral obligation of developed countries to assist developing countries in establishing a solid and credible statistical system,” noted Chief Statistician Wayne Smith in 2011.

As well, international exchanges provide enriched venues where the agency cannot only share experience but also learn from other nations. “It is a big family, statistics, and we learn as much as we teach when we are involved with other countries,” says Mr. Rancourt.

Statistics Canada’s international involvement goes back to the 1930s, when the agency sent a technical assistance mission to Palestine. By the 1960s to 1980s, the focus was mainly on methodology, sampling, setting up business registers and adopting the new National Accounts standard.

From the 1990s onwards, the program expanded to assessing overall national statistical systems. How to manage quality? How to run a multi-year program? How to interact with decision makers and stakeholders? How to manage a statistical institute?

About 10 years ago, the Partnership in Statistics for the 21st Century (PARIS 21) was created, and Canada got on board. This consortium co-ordinates international interventions to avoid duplication and ensure that technical assistance is divided efficiently among national statistical agencies and national government departments.

Many recent projects have been funded by the Canadian Interational Development Agency, such as

Increasingly, technical assistance is flowing to the Caribbean and Latin America, aligning with the foreign policy direction of the Government of Canada. For example, StatCan is slated to assist Peru with its next census.

Different expertise can be found in different countries, and interaction between national statistics agencies helps them function at their full potential. Despite the differences in regional contexts and challenges, statistics, like mathematics, is a language that translates very well around the world.

Next month: Recruiting to succeed