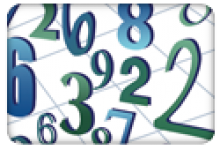 Every quarter, the StatCan Blog publishes a guest post on research at Statistics Canada. Our second post is from Feng Hou, principal researcher in the Social Analysis and Modelling Division, Statistics Canada.

Temporary foreign workers (TFWs) play an increasingly important role in Canada’s labour force. What are the factors that determine whether they become permanent residents? An emerging part of Statistics Canada’s labour market and immigrant research program is focused on better understanding the circumstances surrounding the transitions of TFWs to permanent residence.

There were 310,000 temporary work permit holders on December 31, 2015, accounting for 1.7% of the national employed workforce. The number of TFWs has more than quadrupled since 2000 (Immigration, Refugees and Citizenship Canada 2017).

Over the 2000s, immigration to Canada was increasingly drawn from TFWs. For instance, the proportion of newly landed adult immigrant men already holding a job in Canada rose from 16.3% in 1999 to 28.9% in 2010. Most of this increase consisted of immigrants who had high-paying jobs in Canada before attaining permanent resident status.

Most transitions from TFW status to permanent resident status occurred within the five years following receipt of the first work permit. The rate rises another 1 to 3 percentage points by the 10th year, with little increase observed thereafter.

The rate of transition to permanent residence varied by type of work permit. Among those who came to Canada between 2005 and 2009, the five-year transition rate was highest among those in the Live-in Caregiver Program (LICP), at 56%, and the Spouse or Common-law Partner category, at 50%. The lowest rates for transition to permanent residence were among those in the Seasonal Agricultural Workers Program (SAWP), at 2%, and the Reciprocal Employment category, at 9%.

A large difference in the transition rate by type of work permit is a result of government policy. For example, while all those in the LICP are allowed to apply for permanent residence after two years of full-time work as domestic workers, SAWP workers have no dedicated stream for transition, and may only be employed for a maximum of eight months per year. Their SAWP permits, however, can be renewed over many years.

High-skilled TFWs are better positioned to apply for permanent residency as economic immigrants than other TFWs, because Canada’s immigration system selects economic immigrants based on job offers from Canadian employers and human capital assets like education, Canadian work experience and official language abilities.

Some of the remaining differences in transition rates across types of work permits were also related to the characteristics of source regions. For example, TFWs in the LICP and the Low-Skill Pilot Program came primarily from developing economies. Lower levels of economic development and less social stability in some source countries were associated with higher rates of transition, possibly because TFWs from these countries had more to gain in terms of standard of living and social environment, and thus were more motivated to seek permanent residence in Canada.

The motivation and desire to stay in Canada also plays an evident role in transition rates by workers’ skill level. Although higher-skilled TFWs had more pathways through which to become permanent residents, their transition rates were not much higher than those of lower-skilled workers when differences in permit types and sociodemographic characteristics were taken into account.

All permanent residents who were former TFWs had some prior years of Canadian work experience. However, not all types of pre-immigration Canadian work experience brought the same benefit to post-migration labour market outcomes. Only those TFWs who had high-skilled or high-paying jobs in Canada before becoming permanent residents enjoyed a clear earnings advantage over immigrants who were admitted directly from abroad.

Less than one-quarter of the earnings advantage of former skilled TFWs was attributable to their higher education levels, stronger English skills, and origin in the United States or Northern or Western Europe. Thus, their earnings advantage may also be related to employers’ roles in screening, selecting and retaining the most able TFWs, and to self-selection among skilled TFWs themselves.

In contrast, former non-skilled TFWs had significantly lower earnings at the time of arrival and slower earnings growth than immigrants without prior Canadian experience. This suggests that the types of jobs into which former TFWs were initially selected shaped their long-term labour market outcomes. TFWs who were specifically recruited to work in low-paying, low-skilled jobs may not have the ability to move to high-paying, skilled jobs after immigration.

In sum, the likelihood of transition from TFW status to permanent resident status varied considerably by type of work permit and source-country characteristics. TFWs who held high-skill or high-paying jobs in Canada before immigration had large earnings advantages over immigrants who were admitted directly from abroad, while those who held low-skill or low-paying jobs prior to immigrating continued to have relatively low earnings even many years after becoming permanent residents.

Transition from Temporary Foreign Workers to Permanent Residents, 1990 to 2014