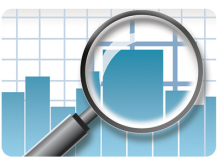 Each month, many people pay close attention to the Labour Force Survey (LFS) release, especially economists and journalists. The survey is a snapshot of how many Canadians are working, which is a key indication of the direction of the economy. And, for most Canadians, jobs mean prosperity.

Lately, however, some people have wondered if the monthly fluctuations in the number of Canadians employed are more dramatic and volatile than usual. That concern warranted a closer look, because accurate LFS data are a cornerstone of decision-making.

According to the LFS experts, the survey is ticking along as it has for decades, with much the same degree of month-to-month fluctuation recorded since the 1990s. "When we look at the data, there is no indication of increased volatility relative to what we have seen in the past. It is only perception,"" says LFS manager Christel Le Petit.

In fact, while keeping up with technological changes, the way we measure employment hasn't changed since the 1970s—the sample size, questions and methodology have basically been the same for almost 40 years. The survey is redesigned every 10 years to ensure it remains representative of the population.

The LFS follows internationally accepted guidelines, like many other StatCan surveys, and those guidelines don't change much, either.

Because the LFS is an early indicator of economic change, the focus on the survey has intensified recently, making each change seem more significant. People generally are looking for trends that move either clearly up or decisively down. Recently the trend in employment has generally been flat, making each monthly change appear more noteworthy than it really is.

So, let's look at the longer trends rather than just the most recent month-to-month change, recommends the LFS team. The survey data has the same reliability and sample variability it always had. For example, an increase of 54,000 jobs, which is considered statistically significant, is a gain of only 0.3% for Canada's 18-million-strong workforce. Statistics Canada analysts are currently looking at how the analytical write-up could help users focus on the long-term trends.

Measured in turnaround time, the LFS is the fastest monthly economic indicator produced at Statistics Canada—just 20 days from the reference period to release. Its 110,000 respondents per month, the same number as the U.S. Current Population Survey (their equivalent of the LFS), makes it one of StatCan's largest household surveys.

Like other surveys, the LFS depends on the goodwill of respondents, who are all contacted during an intense nine days of phone calls and follow-up. Steps are underway to offer Internet options for respondents who prefer the online route.

The LFS is designed to meet quality targets for its data at the national, provincial and some sub-provincial geographic levels, such as Employment Insurance Regions, which provides the data used to determine Employment Insurance program payments. It covers all workers, including the self-employed, and tells us about the demographic characteristics of the Canadian labour force: youths, older workers, immigrant workers and Aboriginal workers.

Aside from showing longer-term trends, the LFS can also reflects the impact of notable events, such as the late June floods in Alberta, the 2003 blackout and the 1998 ice storm. The June floods caused 300,000 employed Albertans, or 13.5% of the total employed population in the province, to lose a total of 7.5 million hours of work. At the same time, 134,000 people, or 6.0% of workers, put in 2.4 million additional hours. The net effect was a loss of 5.1 million hours.

The LFS continues to produce a lot of very useful data. If users are concerned about the way that line on the graph seems to be rising and falling, it is because, fortunately, they are paying close attention.

"contacted during an intense nine days of phone calls"

Do you ever contact people via cell phone? I don't have a land line, and many of my friends don't either...

If there is no land line, the Statistics Canada interviewer will attempt to contact the respondent in person. Subsequent interviews may then be conducted by cell phone.