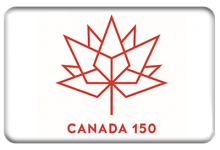 This year, Statistics Canada is joining other Government of Canada institutions to mark the 150th anniversary of Confederation.

To celebrate, we will be telling Canada's story in numbers, and there is quite a story to tell! From the Canada Year Book, first published in 1867, to releases in The Daily, Statistics Canada's data have chronicled the lives of Canadians throughout our history.

So, what is the agency bringing to the party?

For Anil Arora, Chief Statistician of Canada, StatCan's role is vital in providing consistent data over time that tell Canada's story. "Statistics Canada is uniquely placed to talk about our history in numbers. The context of how our society has evolved requires the kind of sophisticated measurement that only Statistics Canada can provide."

Through its close collaboration with partners―federal, provincial, territorial and municipal governments, academics, historians, fellow statisticians―StatCan is able to provide a rich historical and statistical context to inform the policy decisions and legislation that affect Canadians. Each of the four Canada 150 themes—diversity and inclusiveness, reconciliation with Indigenous peoples, youth and the environment—are woven into Statistics Canada's work as the national statistical organization.

With increasing sophistication and nuance, Statistics Canada has provided data on the country's successes as well as struggles. With access to these data, Canadians are better able to make evidence-based decisions—and what in our great-grandparents' day might have been called sticking to the facts.

Since the agency's earliest days, the agency has been tracking immigration, ethnic origins and languages, and providing data on Canada's diversity. Statistics show how the composition of the population has changed as successive waves of immigrants arrived.

"We are a nation of immigrants," Mr. Arora notes. "Immigration has, in many parts of our past, been the dominant source of growth. In the recent past, you've seen that immigration comes from different parts of the world, and this has obviously enriched this country with the diversity that we have now."

Through our work, we have looked at how immigrants who arrived as children are faring, through studies on university completion rates and math and literacy scores by region. We have explored how immigration has changed our big cities and our small towns. We have also looked at marriage between people of different ethnocultural backgrounds and at immigrants' sense of belonging to Canada.

Statistics Canada has also gathered data on the status of Indigenous peoples.

Data on justice, health, education and employment outcomes help all Canadians better understand the realities of Indigenous lives, both on and off reserve.

StatCan has also increasingly taken a more nuanced look at the experiences of Indigenous peoples. For instance, a study based on 2012 data looked at the relationship between extracurricular activities and high school completion. Another study based on 2011 data revealed that Indigenous grandparents were more likely than non-Indigenous grandparents to live with their grandchildren. This living arrangement was especially common in Inuit families, where 22% of grandparents lived with their grandchildren.

StatCan has long collected data on the employment rates of young people and the education levels of society as a whole, but the agency has focused more specifically on this demographic in recent decades.

The agency now collects data on an expanding array of topics that affect the lives of Canadian youth: cyberbullying, young adults living with their parents and the impact of mental health problems on family members.

Recently, the agency has focused on children's health issues. In October 2016, Statistics Canada conducted the pilot version of its new Canadian Health Survey on Children and Youth. The agency worked with Health Canada and the Public Health Agency of Canada to develop this survey, which collects data on the physical and mental health of children under the age of 12. Among topics covered are children's physical and sedentary activities, the use of electronic devices, nutrition, time spent in school and extracurricular activities.

On the theme of the environment, StatCan has developed a framework for collecting environmental data, which allow us to gather statistics on the environment with the same deliberation and rigour that we bring to economic statistics.

Each year, our annual Human Activity and the Environment publication provides a detailed look at environmental issues by theme—the changing landscape of cities or the impact of agricultural changes.

We also collect data on the environmental habits of Canadian households—the use of water, compact fluorescent light bulbs or recycling programs.

Canada's statistical profile will be getting an update this year, as StatCan releases the results of the 2016 Census beginning on February 8 with data on population and dwelling counts.

Overall, 98.4% of households participated in the Census of Population, up from both the 2006 and 2011 censuses. The participation rate for the long-form questionnaire reached a record high of 97.8%, making it the most successful census in Canada since 1666.

In what's been termed a post-truth world, the agency works hard to keep that relationship strong, he says. "Our job doesn't end when we put high quality data out on our website. We need to inform society on properly using that information or when our information is used along with other information, that it is used in the most responsible way."

So, for the 150-year anniversary, there will be a little looking back and a little looking forward. "We are going to take time to celebrate the achievements of so many within the organization before us who have dedicated their professional lives to getting at the essence of that data and analysis. It is a real opportunity, as we publish information over the course of the year, to take a minute, look back, and see how that story has evolved."

It will be another opportunity to reflect on how data continues to shape the lives of Canadians. "In another 100 or even 150 years, I hope that we can look back and say that there are no chapters missing from this book."

Can we submit blog entries to share the story of a particular region?

Thanks for the question. Since Statistics Canada focuses on statistical information, it would be best to share your regional stories and check out community events at the Canada 150 government website. http://canada.pch.gc.ca/eng/1468262573081