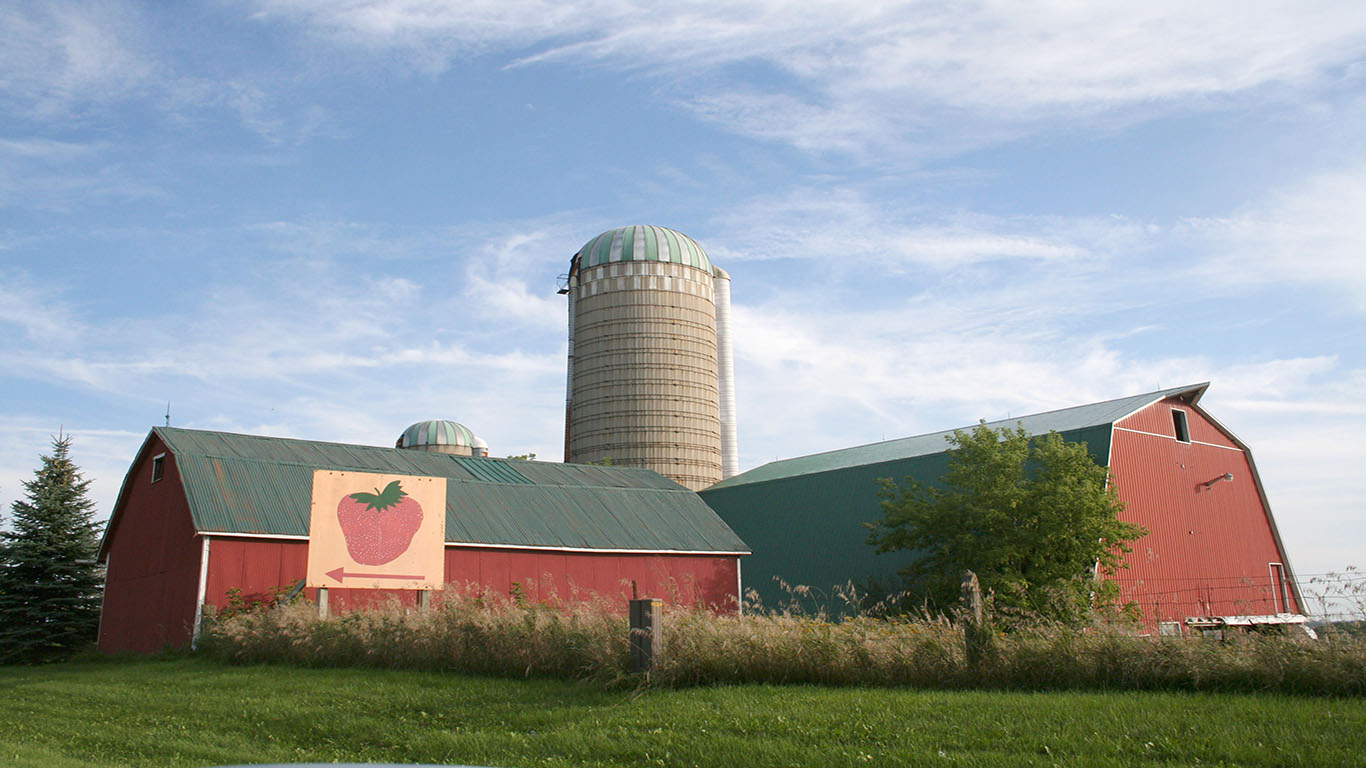 Strawberry fields forever? In Quebec, perhaps you could make that claim, but not for the rest of Canada.

Strawberry field area across Canada has shrunk by one-third this century, falling from 15,315 acres in 2000 to 10,125 acres in 2021. The acreage dedicated to strawberry production in 2021 was equivalent to 7,670 football fields.

While total strawberry area has gotten a lot smaller, the money farmers received for their strawberries has more than doubled, rising from $53.6 million in 2000 to $128.6 million in 2021.

Late spring frost put a chill on strawberry production in 2021

Over half of all strawberries grown in Canada in 2021 came from Quebec fields (13 419 tonnes). However, strawberry production in Quebec was down 4.8% from a year earlier and 16.0% below the record high set in 2017.

Nevertheless, strawberry production in Quebec remained more than double that of neighbouring Ontario (5 564 tonnes), and was six times higher than that of Nova Scotia, which ranked third in production in 2021.

Quebec boasts the most strawberry fields in Canada

You are least likely to find strawberry fields in Newfoundland and Labrador, Prince Edward Island and Saskatchewan, with all three provinces reporting under 100 acres planted in 2021.

Strawberries ripe for the picking, but you may pay more

Strawberries across Canada are now ripe for the picking, and grocery stores are offering the first locally grown fresh fruit of the year.

According to our food availability release, which indicates the amount of food that is physically present in a country for consumption, there were 3.0 kilograms of fresh strawberries available per Canadian in 2021, down from 3.9 kilograms a decade earlier but over three times higher compared with 1972 (0.8 kilograms).

You may be paying more for your locally grown fresh strawberries this year. According to the Consumer Price Index, Canadians paid on average 8.9% more year over year for “other fresh fruit” in April, an aggregate that includes strawberries.