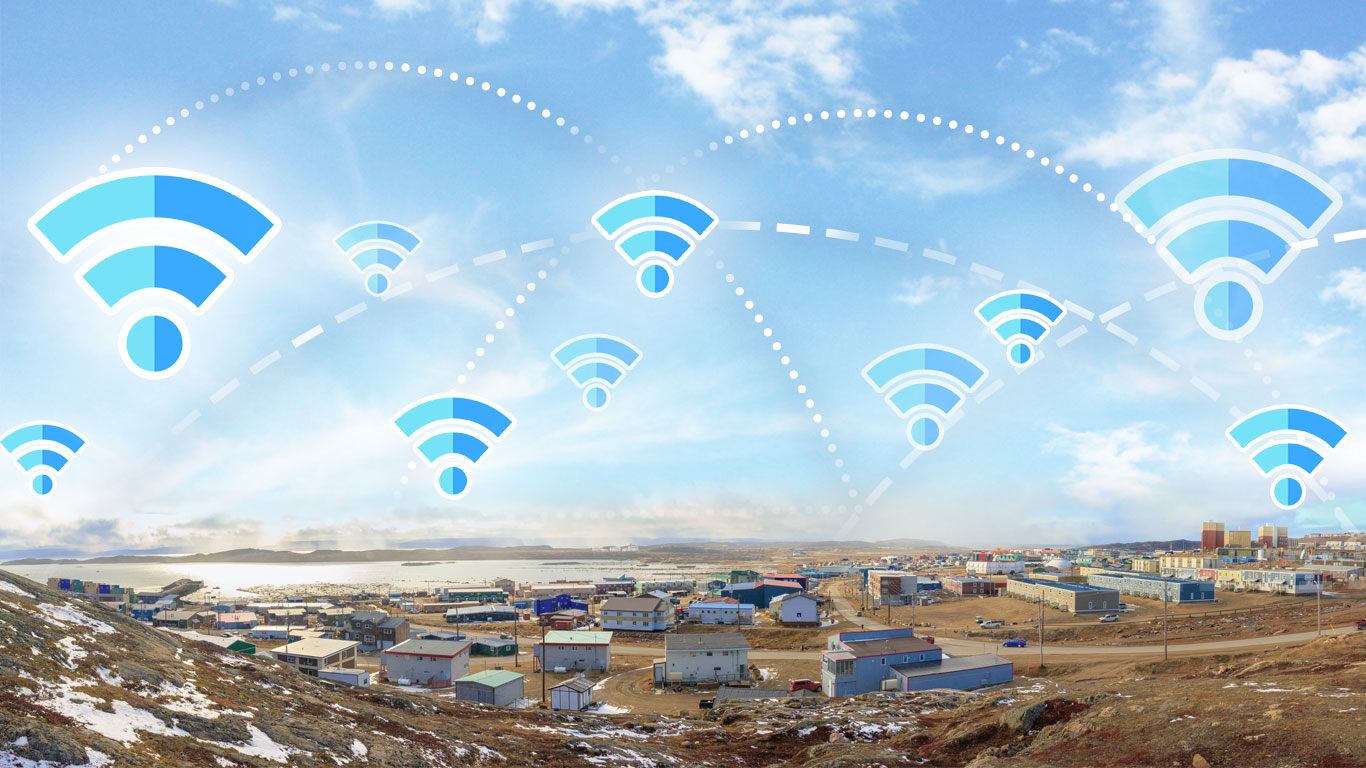 When you look at a map, communities in Canada’s Far North are among the most remote in the world. Iqaluit, Nunavut’s capital city and largest community, is only accessible by air or boat. It is a two-day drive from Whitehorse or Yellowknife to the nearest Canadian city.

However, thanks to the Internet and mobile phones, the remote areas of Northern Canada are more connected to the world than ever. The Internet has enabled Northerners to stay connected with family and friends and is an important source of entertainment during the long, dark cold winter.

The vast majority of non-Indigenous Northerners (97%) (correction) used the Internet over the past year, compared with just over three-quarters of Indigenous people living in the North (78%) (correction).

When we asked in 2021, 87% of Northerners told us they relied on the Internet to communicate with friends and family, with 72% of them reporting they relied on it a lot.

Almost one in five Northerners used the Internet to make connections or new friends outside of their community.

The Internet is an important source of entertainment for Northerners

The Internet is an important source of entertainment for Northerners, with three-quarters of respondents listening to or watching content over the Internet in the past three months.

While most Canadians living in southern Canada have access to plenty of in-person shopping and banking options, Northerners have far fewer options to choose from.

It’s perhaps not surprising, then, that Northerners have taken to shopping online, with 71% buying online over the past year. Almost two-thirds of those who did shop online bought a physical good, while 44% bought digital goods or services, and 30% bought other services.

Three in five Northerners reported a problem when shopping online

Among the Northerners reporting a problem when shopping online over the past year, one-third said their Internet connection was too slow or unreliable to make a purchase and almost one-quarter reported technical difficulties when ordering or paying for something online.

Over one-third of Northerners told us that the Canadian and foreign retailers they wanted to buy from did not sell or ship to a community in the North.

Two-thirds of Northerners depend on online banking

Just over three-quarters of Northerners banked online over the past three months, similar to the provincial average.

Two-thirds of Northerners said they relied on the Internet a lot to perform their banking activities.

When asked in 2021, three in five Northerners said they accessed government services through the Internet over the past 12 months.

The use of the Internet to access government services among northern Canadians has increased as a result of the COVID-19 pandemic, with 22% saying that they have increased their use since the pandemic began.

Looking to learn more about Internet usage in Canada’s North?

The 2021 Northern Canada Internet Use Survey measures the impact of the Internet and other digital technologies on the daily lives of individuals 16 years-of-age and older living in the Canadian Territories. The pilot survey also aims to measure the quality and reliability of the Internet in the territories to better understand the gaps and barriers faced by residents of the northern communities when they go online.