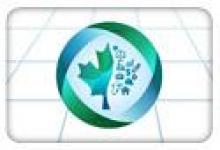 One of the perks of working at Statistics Canada is that it is easy to win arguments. The trick is to start every sentence with "According to Statistics Canada..." and then rhyme off a long, impressive string of statistics.

Of course, lovers of statistics crave constant access to new material. So, when the new StatCan online magazine, Insights on Canadian Society, was launched last December in time for the holiday party season, it was a gift to trend watchers everywhere.

Insights on Canadian Society, as the name implies, provides insight into current trends in the form of one in-depth article per month on a current social issue. Here are the first four titles:

How many years to retirement? Retirement has been pushed back by three years since the late 1990s for all education levels. However, since more educated workers have a longer life expectancy, they are expected to spend three more years in retirement than their less educated counterparts. When involuntary retirements (like illness or layoff) are taken into account, workers aged 50 are still more likely to postpone retirement than their predecessors in the 1990s.

Why does it matter? Delayed retirement could dampen the potential impact of population aging on the Canadian economy. On the other hand, involuntary retirements could mean that some seniors might experience less income and a lower standard of living and that governments could incur higher costs for income-support programs.

Cultural industries can use this data as they experiment with shifting business models. For instance, the authors suggest that Internet-literate baby boomers could represent an important market for new products and platforms. E-reading might eventually become a niche as older Canadians are still the biggest consumers of books.

Living apart together is about couples who live apart. About 1.9 million Canadians aged 20 and older―1 in 13 people―maintain households separate from their romantic partner. These are mostly young people in their early 20s. But 2% of people aged 60 and older were in a couple who lived apart, up slightly from 2001.

Among other theories, the authors suggest that such relationships could be a source of emotional support and contribute to the wellbeing of some seniors who do not necessarily want to enter into another couple relationship and share living quarters. However, they also note potential legal and financial consequences to living apart.

Employment changes across industries during the downturn and recovery is a hefty title for an article about job flows during the latest recession.

The topic matters because it provides hard evidence about the impact of the latest recession and about the sources of post-recovery growth. For instance, it shows since the end of the labour market recovery, employment growth has been concentrated in four industries: accommodation and food services, health care and social assistance, education services and construction.

Most of these articles have been picked up by major Canadian media outlets. That is good because part of Statistics Canada's mandate is to inform Canadians about their society as well as to provide decision makers and academics with raw data and research material.

Editor-in-chief Sébastien LaRochelle-Côté says Insights on Canadian Society's subjects are chosen both for their relevance to contemporary society and to provide visibility to new information sources and datasets. Mr. LaRochelle-Côté, who co-authored the report on jobs and the recession, uses his background as a labour market analyst to manage Insights on Canadian Society. The goal, he says, was to design a hybrid Internet publication that allows mobile phone users to access key findings while those who like traditional media can print the PDF version.

In future months, expect to see coverage on bilingualism, youth, Aboriginal peoples, caregiving and many other topics. Statistics Canada will continue to contribute meaningfully to the social conversation.

Next month: The New Dissemination Model