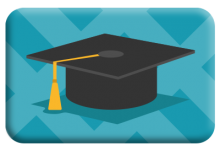 Data for the 2016/2017 academic year were released in November 2017. Statistics Canada is now inviting Canadians to take a look at the results and bring their questions to the team that produced the new statistics. On January 26, 2018, Statistics Canada is holding an online chat session to discuss the data and what they mean for Canadians.

UCASS data serve a number of different purposes. For example, these data inform universities and the government on needs for staff renewal. They are used to support contract negotiations. They facilitate the creation of policies that promote gender equality. They show how the characteristics of Canada's university teaching staff compare internationally.

UCASS is an important data source for universities, which have been enthusiastic in their response to the survey's reinstatement. A record number of them participated early in the survey, allowing Statistics Canada to release preliminary data with remarkable speed. On April 25, 2017, Statistics Canada released 2016/2017 data on full-time teaching staff at 75 of the 112 universities covered by the survey.

Users did not have to wait long to obtain the full dataset. Results for full-time teaching staff all 112 universities for 2016/2017 were released in November 28, 2017, the fastest turnaround time ever for this survey.

So what do the new UCASS data tell us about full-time teaching staff at Canadian universities?

Women represent a growing share of university teaching staff, accounting for nearly 40% of all full-time teaching employees at universities, up markedly from 12.8% in 1970/1971.

The long history of UCASS

The UCASS survey is also getting on in years, reaching 80 years since its beginning in 1937.

“The UCASS dataset is a rich, consistent and long historical time series,” explains the survey manager, Teresa Omiecinski. While it's true that accessing 1937 data can prove somewhat challenging—everything was done on paper back then and data were less detailed—the concepts and definitions used to gather the data have changed little since.

This means that the data offer accurate, valuable insight into the long-term evolution of Canada's academic community. They can also be used as a complement to study changes in Canada's society, including the growing presence of women in the labour force and the aging of the population.

The result will be an incredibly rich and uninterrupted dataset on Canada's full-time academic community.

Another task on Statistics Canada's horizon is to expand UCASS to provide a more complete picture of postsecondary teaching in Canada. At the moment, UCASS only covers full-time academic teaching staff at universities. The plan is to increase coverage to include part-time professors (sometimes called sessional) and the teaching staff at colleges.

Statistics Canada is also examining data currently collected through UCASS to maintain the survey's relevance. At the moment, the agency collects data for 27 variables on full-time academic teaching staff, including gender, age, principal subject taught, academic rank, and salary and administrative stipends. Statistics Canada is reviewing these variables to ensure users still find them relevant and to assess whether survey coverage should be enhanced to include additional variables.

As it works toward increasing the information available and improving access to it, Statistics Canada is looking to help users make the most of the data.

The chat session is one avenue. “UCASS is such a rich source of valuable information, we want to make sure Canadians use it to its full potential,” explained Ms. Omiecinski. The team will field questions concerning the survey results of the survey, data availability, data concepts and limits, and how data can be used for analysis.

Those interested in making the most out of one of this rich data source are invited to join the online chat session on January 26, 2018. Bring your curiosity and questions to learn more about higher learning in Canada.