StatCan and the Alberta wildfire 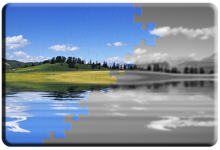 In late spring 2016, Canada watched as a wildfire spread across northern Alberta, engulfing the oil sands town of Fort McMurray. About 88,000 residents of Wood Buffalo—the municipality that encompasses Fort McMurray—left their homes to take refuge across the province and in other parts of the country.

When they returned over the following weeks, they found that more than 2,500 homes had been destroyed by the fire.

The wildfire of May 2016 is a difficult episode in the country's recent history. The natural disaster upended tens of thousands of lives, and its effects reverberated across the provincial and national economy.

The evacuation also happened the same week that Statistics Canada was conducting the 2016 Census of Population, threatening to disrupt Canada's most authoritative population count.

How does a national statistical office respond when its work is interrupted? Can chaotic events be measured with official statistics?

It may not be surprising that the agency that designs its surveys years in advance had a contingency plan. After the 2003 blackout in Ontario and the northeastern United States, StatCan developed the Disaster Catastrophe Effects module for the Labour Force Survey. The module can be activated as necessary to measure the effects of any disaster.

For the Fort McMurray fire, StatCan was quick to implement the module, as it had in the past. This time, StatCan went further and added new questions to other surveys, including the Monthly Survey of Manufacturing, the Monthly Retail Trade Survey and the Monthly Wholesale Trade Survey.

As the fire approached Wood Buffalo in early May, StatCan suspended collection of the 2016 Census and other surveys. As Geoff Bowlby, Director General of Collection and Regional Services, explains, "People had other things on their minds than answering StatCan surveys—or they simply weren't there. We wouldn't have been able to find them." When the fire was contained and enough people had returned to the area, the agency resumed its work.

Residents were asked questions in retrospect about May and June 2016. For instance, the Labour Force Survey asked respondents how many hours they had worked during those months, and whether the fire had had an impact on those work hours.

The results showed that while workers in Wood Buffalo lost a net total of 7.6 million work hours in May and June, some workers actually gained hours as a result of the fire. Notably, workers who were part of the evacuation, relief and firefighting efforts worked many extra hours during those two months.

A new way of collecting the census

Census data collection, however, was where StatCan really had to innovate.

For several years, the agency has been researching different ways of counting the population using administrative data—that is, data collected by other organizations. Sources like tax records can be used to confirm an individual's address and, by extension, to count the number of people living in a community.

StatCan used this approach to fill in the gaps for Wood Buffalo. Some residents had already filled out their census questionnaires before the evacuation, and some important population information was gathered at a later date for the "long-form" effort. But, in the end, 60% of the region's population count came from administrative sources.

Census enumerators returned to the area in August to collect long-form census data from a sample of the population. In addition to providing data on ethnicity, language, education and other topics, the long-form questionnaire became a valuable resource for StatCan to verify the accuracy of the head count.

"That was a very novel approach," says Mr. Bowlby. "It was actually an interesting experiment, or test, for what we may want to do in the future to reduce the burden on Canadians overall."

Mr. Bowlby is proud of how quickly and effectively StatCan reacted to the fire. He also points out that the agency's response came not just from a desire to collect good data, but from the impulse to help out fellow Canadians.

For instance, StatCan moved the census reference day to May 1, 2016, for Wood Buffalo (from May 10, which was Census Day for the rest of Canada), so that the data would reflect the community before the fire. It was a relatively minor change, but one that was appreciated by the local municipality.

"We didn't want to reflect the post-fire situation. We wanted the data to reflect just before the fire hit," explains Mr. Bowlby. "That's not something that we had to do, but we thought that was the right thing."

He hopes that the data collected will be used to benefit the people and businesses that were affected by the fire. While having data cannot prevent disasters, it can spur changes that help recovery.

The data also become a part of the historical record. They provide a statistical window into the short-, medium- and long-term impacts of a major natural disaster on a community's economic and social life. As Wood Buffalo rebuilds, it will have a baseline to measure its progress.