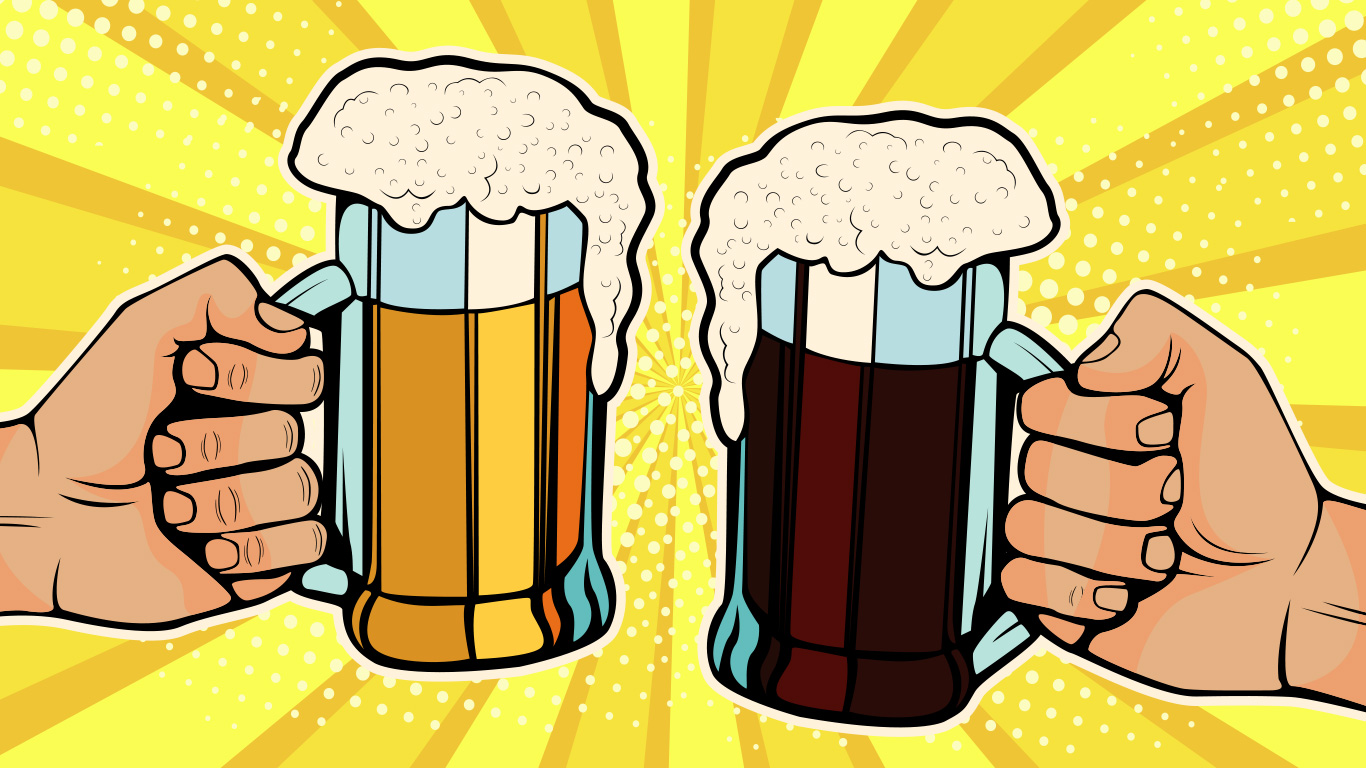 Without further ado, let’s give three cheers for National Beer Day, accompanied by a sobering aside.

Given that Talon counted 1,963 adults over the age of 15 in New France, this equaled 316 litres of beer available for consumption per resident of New France in 1665.

Sobering aside: The brewery went bust shortly after Talon returned to France in 1671.

Beer remained the alcoholic beverage of choice for Canadians in 2020/2021, accounting for just over one-third (36.0%) of total alcohol sales. However, total beer sales by liquor stores, agencies and other retail outlets fell 1.4% to $9.2 billion in the 2020/2021 fiscal year, the second consecutive annual decrease.

Sobering aside: Beer sales per person reached a new low in 2020/2021. By volume, beer sales declined 2.3% to 2,120 million litres, which is equivalent to 3.9 standard bottles of beer per week, per person of legal drinking age. This was a record low for beer volume sales per person since Statistics Canada began tracking alcohol sales in 1949.

In January 2021, two-thirds (66%) of Canadians aged 15 and older, or nearly 21 million people, reported consuming alcohol at least once in the previous 30 days. For the majority of these people, their alcohol consumption level was moderate. Overall, 32% had one drink on the days they consumed alcohol during the 30-day period, and 31% had two drinks.

Sobering aside: Close to one in five Canadians (18%) consumed five or more drinks—the equivalent of a bottle of wine—on the days that they consumed alcohol in January 2021. This was up from 11% prior to the pandemic in 2017.