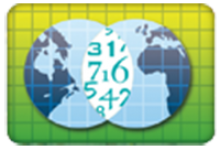 Many people living in Canada—often immigrants—send international money transfers, also known as remittances, to relatives or friends living in other countries. In 2016, an estimated 1.6 million Canadian households sent at least $500 to their relatives or friends living outside Canada, with transfer amounts averaging $1,823 per household in that year.

The money sent from Canada helps people pay for anything from food and education to medical expenses and crisis relief. Sometimes people are even able to use money from international transfers to improve their economic situation by investing in higher learning or entrepreneurial activities.

The impact can be large, both for people receiving the remittances and the overall economy in the recipient country. According to the World Bank, remittances can amount to as much as 20% to 30% of a country's gross domestic product (Report on the Remittance Agenda of the G20, 2014).

However, the cost of sending money―costs such as exchange rate fees and service charges―has long been a source of concern. In Canada, the cost averages 9% of total transfers (World Bank 2014). Given the role that remittances play in international development and poverty reduction, the G20 community, including Canada, has committed to exploring ways to reduce the global average fees for international transfers from 10% to 5%.

The first step is to obtain high-quality and timely information on remittances sent from Canada.

That is why Global Affairs Canada is partnering with Statistics Canada to conduct a new survey: the Study on International Money Transfers (SIMT). The results of the SIMT will help Canadians and government better assess the role of remittances both in Canada and in the countries that receive them. More importantly, the SIMT data may be used to inform policy, and perhaps program development, to facilitate safer, more reliable and lower-cost money transfers from Canada to other countries.

How are we going about it?

While sending international money transfers is fairly widespread in Canada, not everyone engages in the practice. Statistics Canada determined that the most meaningful survey results would be obtained if the SIMT focused on respondents aged 18 and older who are either landed immigrants, temporary residents of Canada, or naturalized Canadians.

To reach as many potential survey participants as possible, Statistics Canada is sending out the electronic questionnaire in both official languages. Copies of the questionnaire are also available on the SIMT website in Arabic, Cantonese, Mandarin, Punjabi and Spanish.

The survey questionnaire aims to obtain detailed information on:

Remittance service providers have diversified considerably in recent years and now include banks, credit unions, money transfer stores, currency exchange stores, websites, mobile applications, peer-to-peer transfer networks and cryptocurrencies. The SIMT will also collect information on transfer options available to remitters to shed light on how familiar Canadians are with the different transfer services, and why some people prefer using certain methods even though they may be more costly or time-consuming.

Statistics Canada has collected data on international money transfers for years, but not always with the same focus or detailed information that will be gathered as part of the SIMT. For example, in 2007 and 2008, data from the Longitudinal Survey of Immigrants to Canada (LSIC) were published in the report “Remittance Behaviours Among Recent Immigrants in Canada.” This report only provided information on recent immigrants and did not include naturalized Canadians or temporary residents. While Statistics Canada has asked questions about remittances in its Survey of Household Spending (SHS) since 1997, the SHS provides comparatively few details on those who reported sending international money transfers.

Until now, Statistics Canada has not collected or released data on the methods used by individuals to send money abroad or the fees associated with using those methods. The SIMT will address these information gaps.

The results of the SIMT are also expected to improve financial literacy among Canadians by getting the conversation going about remittances and the pros and cons of different transfer methods.